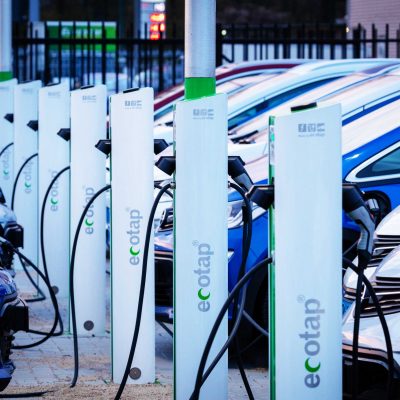 Where we had to conclude in our previous blog that going on holiday in European cities with your older car is not always easy, today we put Europe in a much nicer light!

We have seen for years that the growth in the number of electric drivers is closely followed by numerous parties. Because that growth is nice, but also brings new issues with it; Will our energy grid be ready for all those (simultaneously) charging electric cars? And those charging points .. are there enough? So it’s time to shine a positive light on the charging stations in Europe.

The question “will we all still be able to charge later” is in itself a valid one, but one that can be placed a bit further in the future. The number of (coverage) charging stations in the Netherlands and within Europe is growing significantly. Incidentally, the great majority of the total number of charging stations in Europe is formed by the Netherlands, Germany and France, which together currently (July 2021) make up approximately 70% of the total numbers. In less wealthy European countries you see a considerably lower coverage.

That does not mean that this means that you will not be able to access a charging station outside these three countries. It does mean that for long trips (such as your vacation) to those countries you can sometimes count on a little more preparation, if you want to be sure that you can drive your route the way you want.

A major advantage here is that the locations are meaningful – directly along/on or close to a highway, with several charging stations together. The chance that you will find a free charging station is therefore high. In addition, these types of charge points are ideally suited because they accept many different charge cards. The risk that you cannot load with your card is therefore small.

The fast chargers also ensure that you do not have to build endless waiting times into your trip, although a well-timed lunch can be combined with a charging action.

The well-known Dutch charge cards are generally doing well in important parts of Europe. The Benelux, Germany, around the Alps, but also France have quite good coverage with the frequently used charge cards from our own country.

There are plenty of ways to properly prepare for a trip abroad with your electric car. When you travel within the Netherlands, you don’t have to worry about finding a charging station in time – the coverage is the highest in the Netherlands, so you can find a charging point at many locations (along and far outside highways).

Know where to go – ask Ecotap

Do you have questions about your charge card, do you want an (extra) charge point or are you considering facilitating charge points as a company or municipality? Then we’d love to hear from you! Our team likes to think along and thinks with you about the best solution in your situation.