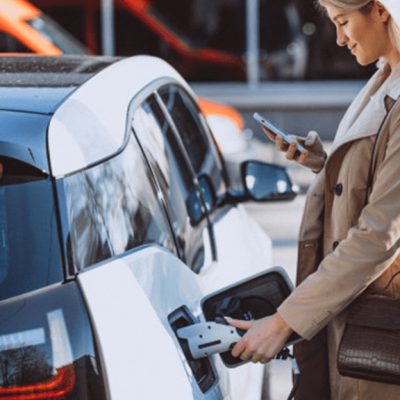 THE 4 THRESHOLDS THAT THE ELECTRIC AUTO INDUSTRY IS STRONGLY OVERCOMING

We actively follow the developments within electric cars and electric driving, so you can read about it regularly in our blogs. And we have already explained that electric driving and the electric car are gaining ground. At the same time, we also pay attention to the challenges that the automotive industry (still) faces within this stream of developments.

Because although the growth figures are and will remain impressive, a major breakthrough is of course not just a matter of time. In our blog today we focus on the 4 biggest challenges that electric driving has faced in recent times, which are now visibly working as barriers to victory.

1. Many more charging stations are needed

Let’s start with the factor that is of course very close to us – the charging infrastructure in the Netherlands and beyond and how it is developing. If we look at the long term and imagine that more than half of the motorists drive electric, then we are indeed not yet at the level necessary to allow people to charge all reasonable.

At the same time, the growth of the network (coverage) in the Netherlands is one of the best in the world and the number of charging options is growing strongly – not only are more and more charging stations in people’s homes, but companies and organizations are also opting for a few charging points in their parking lots. to serve staff and guests.

A second future challenge is what happens to our power grid if everyone wants to charge at the same time – that causes problems. Even so, a system has already been developed AND tested for this – for example, so that it can be set that charging only starts when there is sufficient capacity and the electricity can be generated green and cheaply.

2. Producing batteries is too slow and not sustainable

This item is a common note from critics. Battery production is not yet completely clean; the production process is still polluting and raw material extraction does not take place everywhere under the best conditions.

In addition, a hugely growing demand could not be kept up at the moment. However, strong developments are also taking place in these areas that are skillfully leveling this threshold

The CO2 emissions of production are becoming ever lower due to new technologies (and due to larger quantities it is also more efficient)
The production of the batteries is more often fed with green electricity.
Less and less use is made of raw materials that are extracted under poor conditions. Partly because the composition of batteries is also developing; less cobalt and more nickel.

3. Electric cars are not accessible enough for the masses

An often heard, ‘fair point’. Driving an electric car is cheaper in many respects (consumption, maintenance) but new electric cars are currently certainly more expensive than their counterparts in the traditional sector.

Nevertheless, we are already seeing strong developments in this area – smaller (and therefore more affordable) electric cars are being launched or already exist for almost all brands. At the same time, the second-hand market in electric cars is also growing strongly, now that we have passed that first phase.

Lease drivers are currently the largest group to make use of the opportunity to choose electric.

When batteries can be produced on a large(er) scale and thus become cheaper, the price of electric cars will suddenly jump sharply, because it is the batteries that cause the higher price.

4. Factual figures on CO2 emissions are hard to find

There are plenty of parties (critical and proponents) who would like to see good comparative figures on the performance of electric cars and their fossil counterparts. But because the development of the cars is so fast, numbers are outdated by the slightest.

The general line taken in published studies is that electric cars emit significantly less CO2 over a lifetime – even if they run on electricity from coal-fired power stations. In 2021, that difference has become even greater because more and more electricity is green and production is also greener. Certainly because the figures published around the traditional car do not take into account the production of the fuels themselves.

Curious about the options for your organization or at home? Contact us for a free consultation!